Looking at the future development of engineering plastics from nine characteristics

1. The proportion of application in manufacturing industry is relatively low.
Compared with the mature development of engineering plastics industry in foreign markets, the proportion of plastics and steel application in German economic development is 63:37, that in the United States is 70:30, and the world average level is 50:50. Limited by production technology, the proportion of domestic modified plastics used in precision manufacturing industry is lower. At present, the application ratio of plastics and steel in China is only 30:70, which is far lower than the average level of developed countries and the world. Considering that China is a big manufacturing country, with the sustained economic development and the continuous improvement of modified plastics technology, the market demand for modified plastics will be enormous in the future. In particular, some special plastics, halogen-free flame retardant plastics, high-temperature plastics, thermal conductive plastics, shielding plastics, conductive plastics and so on; the author found that: China's semi-aromatic nylon imports more than 30,000 tons a year, polyphenylene sulfide modified plastics imports more than 10,000 tons; almost monopolized by foreign enterprises!

2. It has certain regional characteristics.

The engineering plastics industry has a high degree of regional concentration, but it shows a trend of gradual decentralization. According to the regional distribution of the total output value and sales income of the modified plastics industry, the production and sales of the modified plastics in China are mainly concentrated in East China and South China. The total industrial output value and sales income proportion of central and southwest China are increasing year by year. At present, Fujian China Plastics Factory has a huge output in this area. 5.technical level is backward, raw material cost decides comparative advantage.
Although there are many kinds of modified plastic products, but from the composition of raw materials, basically concentrated in the five general-purpose plastic resin POM, PC, PBT, PA, PPE. The price trend of the five general-purpose plastics is basically the same as that of crude oil, indicating that the upstream enterprises have a strong ability to transfer costs. The characteristics of this industry determine that the integrated enterprise with upstream resources will gain certain cost advantages.
International large-scale chemical enterprises have a congenital comparative advantage: the world's major manufacturers of modified plastics have a long history, there is a long time of technological precipitation, but also mostly a large-scale chemical enterprises, such as SABIC, DuPont, BASF Baoli Plastics and other companies, the integration of raw material production, modified processing, product sales. However, the domestic modified plastics enterprises have not yet developed to the stage of front-end and back-end integration, and the cost control of raw materials has been limited to a certain extent. Therefore, the entrepreneurs of our engineering plastics industry should make full use of the current advantages and opportunities, with the help of capital strength, carry out cross-border mergers and acquisitions, establish large enterprise groups, increase research and development efforts and investment, produce high-quality products, go abroad, and foreign chemical enterprises for differential competition.

6.the market presents structural surplus situation.
Domestic engineering plastics enterprises start late, their technology level is backward, and their production capacity is mostly concentrated in the field of general-purpose large-scale products. High-end areas are difficult to enter because of certain technical barriers, resulting in a certain surplus in low-end areas, while high-end areas need to be imported from abroad, resulting in the so-called structural surplus situation.  The author found that: China's semi-aromatic nylon imports more than 30,000 tons a year, polyphenylene sulfide modified plastic imports more than 10,000 tons; almost monopolized by foreign enterprises!

7.the key to competition lies in the modification of technology formula.
At present, the mainstream modification production technology is mainly physical modification technology of filling, blending and reinforcing. Once the modification formula for filling, blending and reinforcing is decided, the specific operation requirements of downstream production equipment are not high. This technical feature determines that the key process in the production of modified plastics lies in the design of modified formulations. According to the current situation, the original formulations of general-purpose large-variety modified plastics are basically in the open market, while the formulations of high-performance specialty modified plastics are in the hands of leading enterprises in various subdivisions, such as DuPont and SABIC have most of the high-quality formulas and patents in modified PA PBT and modified PC/ABS PPE products, respectively; SOLVAY of Belgium has a very rich line of high-quality products in PPA HPPA PPS LCP PESU PPSU PSU PEEK through 20 years of cross-border mergers and acquisitions. Through capital operation, acquisition of CPCHEM's RYTON PPS, acquisition of India's PEEK production line, is currently at the top of the plastic pyramid, the profit is very considerable; their enterprise strategy and operation mode is worth our entrepreneurs to learn from;

8. Heavy assets operation
Compared with other industries, the modified plastics industry has the characteristics of large investment in fixed assets. Its equipment investment has the characteristics of large investment and slow effect. Generally, the construction cycle of a standard modified plastic production line takes about half a year, and the investment amount of equipment is huge. If we need to increase production, maintain stable quality and improve product precision, we need to use large-scale imported equipment, and the investment price of equipment is not high. The reporting cycle is long, which requires more support and subsidies from the government.

In a word, it is very promising for our modified plastics industry to increase capital investment, integrate the strength of universities, enterprises and capital, especially in the field of high-end formulated products and special plastics, learn management and operation modes modes modes modestly from Japanese and European and American enterprises, and solve these painful problems. Industry. More strategic industrialists and capitalists are needed to focus on this new material industry.

Where is conventional engineering plastics? 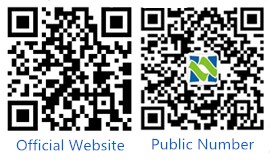